Go Records Inc was founded in 2003 by Mr. Robert Goins.

Go Records Inc hottest release was “Gettin Money” by Kollabo in 2012. Go Records Inc is a company that supports artists and artists development. Go Records is always looking for a certain sound, unique talent, and humble artists that are willing to grow with us. We believe in developing our artists to their fullest potential. We also create and develop a promotional and marketing strategy for all our artists. We listen to all types of music genres. We also allow our artists to participate on levels of development of their careers.

Robert Goins is a Bronx, N.Y. native that was destined for stardom from an early age. When he was just 13 years old he was given a contract with the Ringling Brothers and Barnum & Bailey Circus, perhaps the world’s most famous circus. Robert Goins was the leader of the second unit in the King Charles Troupe, a unicycle group that was world famous. In 1977 he appeared in New York Magazine in a five page article highlighting his achievements as he performed for President Carter.

Robert Goins true talent lay in the music world. In 1982 he signed with Star Vision International Records and did shows with various artists such as The Force, M.D.’s, Africa Bambatta, Treacherous 3, and Master Don and the Def Committee. Robert Goins, known as Master Ice, opened for a group called Double Exposure, for a party hosted by Von Harper on WBLS, and in 1983 he released the smash hit.

“Party Rap” and “Unicycle Rap” while performing on unicycles. This had never been done before in the history of hip hop.

In 1992 he founded Ebony and Ivory records in which he produced the smash world wide hit “United” by Ray Day featuring Jacquelyn Studomire. The hit became #2 on the charts. He would later produce “A Man is a Man” by Capital C and in 1999 he released “No Woman No Cry” by Michael Livingston.

Robert Goins is also the founding CEO of GO Records Inc and in 2003 he produced the hit single “Pump up the Gas” by Tempest. He has been in various hip hop magazines such as Xplosive, Asis along his longtime friend “OG” Larry Davis and even ASCAP Playback Magazine. Robert Goins has expanded into the movie business with his debut on the silver screen in the movie Muhammad Ali the man Muhammad Ali the fighter. He co-stared in the movie Justice System directed by Paul De Silva and appeared in Malcolm X directed by Spike Lee.

In 2005 Robert Goins also worked behind the scenes with directors Jeff Stanzler where he did the second casting for the film “Sorry Haters” starring Robin Wright Penn, Abdel Kechiche, Elodie Bouchez and Sandra Oh. In 2006 he conducted the second casting from his office for the blockbuster film “American Gangster” directed by Ridley Scott and starring Denzel Washington and Russell Crowe. In 2008 he did the PA work and was interviewed and appeared in the BET Series “American Gangster” feature “OG” Larry Davis. The show was the highest rated episode in BET history. Robert Goins is currently working with Jack Finkelstein and Nihali Entertainment in putting together a production company to produce movies.

Robert Goins is co-founder with Jack Finkelstein in The Entrepreneurial Center and The TEC Center, Inc.. A not-for-profit and for-profit organizations that plans to dramatically reduce the drop out rate of high school students. This situation is called The Silent Epidemic whereby 25% to 50% of the students do not graduate. The Entrepreneurial Center, also known as TEC, will teach students how to think and act like entrepreneurs, will also teach them a trade, fund the upstart cost of the business, and partner with the members to insure success. This is the only organization of it’s kind in the United States and TEC plans to attract at least 1 million members during it’s first year in operation. In addition, TEC is planning to expand it’s unique educational philosophy to other countries.
For more info on the Stay in School Program, click here

Angie Martin has Managed Hip Hop / R&B Groups, such as Deuces Wild and KOLLABO. She is affiliated with GO Records Inc, KOLLABOWORLD, TLA Live Nation, and Universal Music Group.
Her group, KOLLABO, received Beat 100 Song of the Year and their video received Beat 100 Video of the Year for their first Single released entitled Gettin’ Money.
Angie inspires artists to create and perfect their talents. Whether they rap, or sing R&B, Gospel or Pop, there’s room for everyone who’s dedicated.
Music has always been a part of her life growing up with her parents and siblings, and singing in various church choirs. With that, and the long list of her employment skills throughout her life, she would later be walking in her destiny!

Avant Protégé is a forward thinking agency that guides, encourages, and cultivates their talents’ skills while supplying models and actors for television and movie roles for a wide range of jobs in the exciting fashion and entertainment industries.  Monique has designed a fantastic and new reality show utilizing the strengths of Avant Protégé in developing their models – in a highly competitive environment.  For more information, click here for FASHIONS

Monique has also designed a reality show based on the world of fashion and entertainment – and the models who compete for the roles.  That is why, the show is called Role Models. The reality show  takes you behind the scenes at an up-and-coming

talent agency.  The company, run by a dynamic female CEO, supplies actors for television and movie roles and models for a wide range of jobs in the exciting fashion and entertainment industries.  Lots of shows trumpet the glamour and glitz of entertainment and fashion.  What is considered polished and pretty from the outside – isn’t always that way on the inside.  But Role Models

takes this approach to a new level in revealing how those polished results get produced.  The show is an unvarnished look at the drama, the tears, the backbiting, and the temptations that people face as they navigate the rough waters of the entertainment and fashion worlds.  Every actor or model is out to succeed, but can they?  Will they make the right choices to rise to the top, or will they make poor choices and fall by the wayside?  Will those who do succeed cause jealousies and resentments among those who don’t?  As people pull in many directions at once, the agency’s head fights to bring some order out of chaos.  She is part mom and part coach, nurturing the talents to develop their full potential.  She also is part dictator, cracking the whip to get people where they need to be.  Her success, and her satisfaction, depend on putting the right people in the right roles.

To do that, she has to build a supportive family of talents who can overcome the drama, fight back the tears, ignore the backbiting, and resist the temptations that are ever present.  The series shows viewers the emotional lows of betrayal and failure, the joyous highs of camaraderie and success, and how the company travels the road between these extremes.  Through all the highs and lows, the one overriding goal of the agency is to create and showcase talents who truly can become Role Models.

GhettoMan has formed a highly popular Urban Online Radio Station that features great interviews, fabulous giveaways, live DJ’s and live-on-air correspondence.  Great music too.  GhettoMan will also be featured on The Robert Goins Show as Robert and GhettoMan critique many of the music videos that will be highlighted on the show.  Some of that music will also be promoted on the Right N Ready Show – thus increasing the promotion for members and friends of GO Records Inc. and GO Friends Streaming Network.

Jay Birthwright was born in 1965 in the Lincoln Projects of Harlem. He grew up with groups like The Devastating 3 (Ive West, Dee Smooth, Vaughn Jeter), The Get Fresh Crew and BIZ Markie. He lived with family of tailors and seamstress’ and went to his first sewing school at the age of 12. The Hip-hop circus was a big part of Jay’s life in his pre-teen years and worked with the King Charles Unicycle Troupe. He was part of the first black circus act in Ringling Brothers Barnum and Bailey Circus. At the age of 14 he held his first summer as a camp counselor. During his life Jay became a member of one of the first acts (The Most), signed by Biz Markie & Cool Vee Record Label. He organized youth entrepreneur camps in the Hip-hop community (Teaching Sewing Workshops) , the 1st Kid Amateur Night at Apollo Theatre, was a Harlem Vendor at 125th Street (aka ‘THA MADD HATT’A’-MANN-HATT’N) and was in the forefront of the infamous “Hip-hop Hat”. He has done the styling and merchandising for several hip-hop videos and groups such as Treach/ Naughty by Nature, Doug Fresh, Biz Markie, Positive K, M.O.P., TIC & TAC Allstars, and Bad Boy Records. He was Production Assistant for Universoul Circus 1st Harlem Day Parade, organized the 1st Hip-hop Pioneer Dat at the Universoul Circus (Brooklyn), and worked on several projects such as THE Boys & Girls Club (NYC, NC, SC, ATL, Las Vegas), P.A.L. and the YMCA (with Brother A.D. & LA Sunshine). He has also co-produced the Zulu Nations 40th Anniversary Family Day Celebration (featuring DJ GLO, BBOY CY’RIQ & BBOY TORMENTA).
Jay is currently the Activity Specialist at the Teen Program called “S.A.F.E.”(Stop all the Feuding in East Harlem), the Fashion Director at the Online Community Radio Station(S.A.F.E Harlem) and the Director of Merchandise at Go Records Inc.

DJ Mike Spot began his claim to fame in the early 80’s as the number 1 DJ at the club Rooftop Harlem USA. He continued to play music at bars and lounges throughout the city. DJ Mike Spot was the first dj on the Robert Goins show in 2009. He is currently number one DJ for Go Records Inc. DJ Mike Spot is continually performing his craft throughout the country. He will be appearing in a new television series called Chronicles. His ability to mix old school music as well as today’s music is uncanny. DJ Mike Spot a Harlem legend. 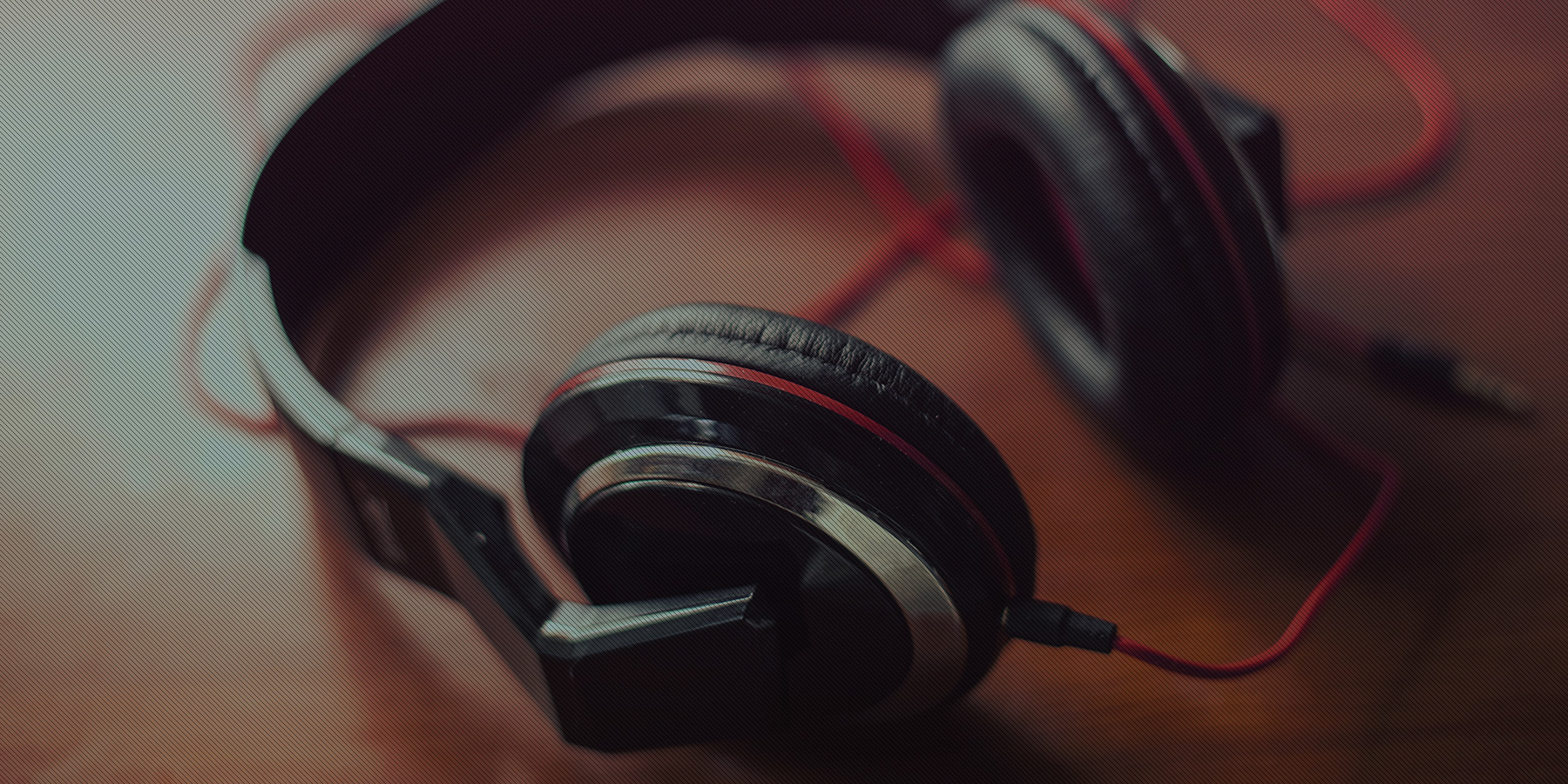